Public vs. Private Universities in the US: Key Differences

Public vs. private universities in the US – which option is better?

The topic of a decades-old debate, is a common dilemma among Indian students who are planning to go to the US for higher studies.

Depending on your chosen university, you will either spend thousands of dollars every year or incur a massive debt by the time you graduate. So, you need to make this decision carefully with enough forethought.

Considering that it is the most expensive and significant investment of your life, it is natural for you to wonder whether it will pay off.

Well, according to the Bureau of Labor Statistics, college graduates in America earn 80% more money than those who only have a high school diploma. 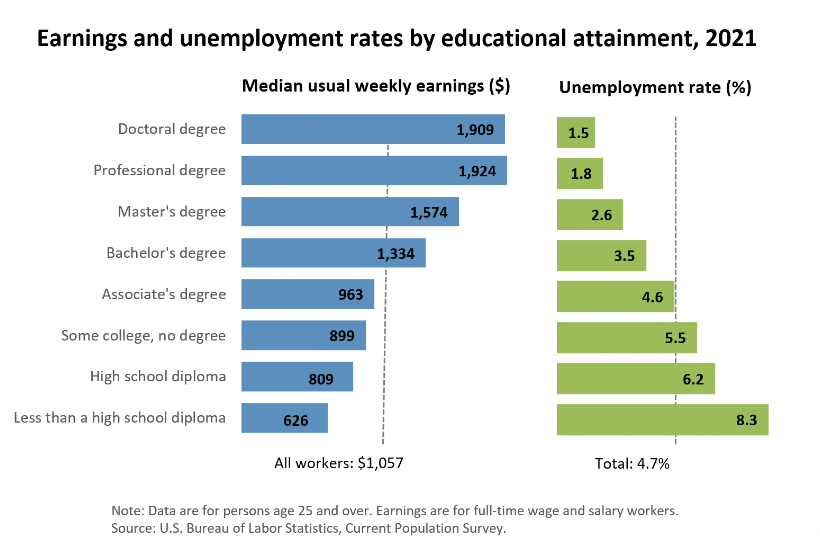 While these statistics are reassuring, they don’t really tell us whether getting a degree from public vs. private university makes any difference.

The Georgetown Center on Education and the Workforce released a report titled “A First Try at ROI: Ranking 4,500 Colleges.” It attempts to address this issue and provide some interesting insights.

The report ranked 4,500 colleges and universities (both private and public) based on their return on investment. They found that private universities in the US offer a higher ROI than public universities 40 years after enrollment.

While researching this subject, you may even find compelling headlines such as this to make a case in favor of private universities:

But as the title says, it is complicated!

When choosing one over the other, students and their parents consider and compare various factors such as:

You need to do the same to understand the difference between the two before making up your mind about public vs. private universities in the US.

Public vs. Private Universities in the US: A Brief Overview

This usually makes a significant difference in tuition fees. Students who belong to the same state as the public university often receive in-state tuition. That tuition fee tends to be lower than that of a student who comes from a different state or country.

Public University in the US:

Public universities tend to be bigger than private universities with thousands of students and large campuses.

That means fewer spots may be available for out-of-state or foreign students. Because of this, getting admission into a public university may be more difficult for Indian students even though the institution has plenty of spots overall.

Private University in the US:

Private universities tend to be smaller than public universities because of their selective funding sources. That means they accept fewer students, have smaller class sizes, offer fewer degrees and majors, and have a smaller faculty.

Since they do not offer in-state tuition, private universities attract students from across the country and the world. As an Indian student, you may have better chances of getting into a private university than a public one.

Smaller private universities also provide better options for students who want to participate in fine arts or athletics. That is because the number of students competing for the same opportunities tends to be low. 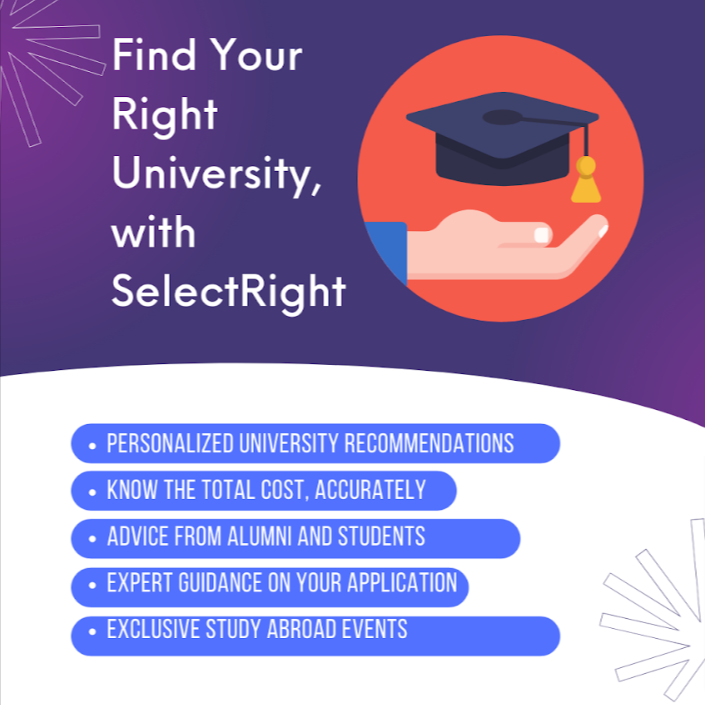 Are you having a hard time deciding whether you should choose public or private universities in the US? If so, you should check out SelectRight, an AI-based tool that helps you find your ideal program or university.

SelectRight uses 6 million data points across 10,000+ CS, STEM, and MBA programs to give you unbiased and transparent recommendations that perfectly match your preference and criteria.

Public vs. Private Universities in the US: Exploring the Differences

There are several differences between public and private universities in the US. Knowing about these is crucial for students who are still in the stages of deciding where they want to apply.

Private colleges, mainly liberal arts colleges, typically offer fewer academic programs and majors than public colleges. It is not necessarily a bad thing. Students who already know what they want to study can choose private colleges that have specialized programs in their chosen field.

Public colleges, on the other hand, have a much larger student body, and they offer more degree courses and programs. For instance, Purdue University, one of Indiana’s largest public schools, offers pretty much every degree program you can think of along with over 200 majors.

If you would like a wider selection of programs and courses and a variety of minors and majors to choose from, going into a public university would be the ideal option.

Tuition Fees and Other Costs:

A report released by the National Center for Education Statistics sheds some light on this. It showed that between 2020 and 2021, the average cost of attendance and tuition fees for out-of-state students at public, four-year colleges was around $18,809. For in-state students, it was only $8,487.

Private universities, on the other hand, receive no government funding. All operating costs and programs are funded by private organizations and individuals. That is why students need to cover the entire cost of attendance.

Public universities tend to have better infrastructure, thanks to their government funding. This includes more innovative labs, research facilities, and massive libraries. If you are planning to go into scientific research, you will find the best resources at a public university. UCLA, for instance, has hundreds of labs and research institutes across campus.

By contrast, the majority of private universities have few research facilities and student resources. Only private research universities are an exception. For instance, Cornell University and Johns Hopkins University spend billions of dollars every year on research and development.

Many of the top private universities in the US are similar in this respect. However, most small private colleges simply cannot compete with the research efforts and facilities of public universities. 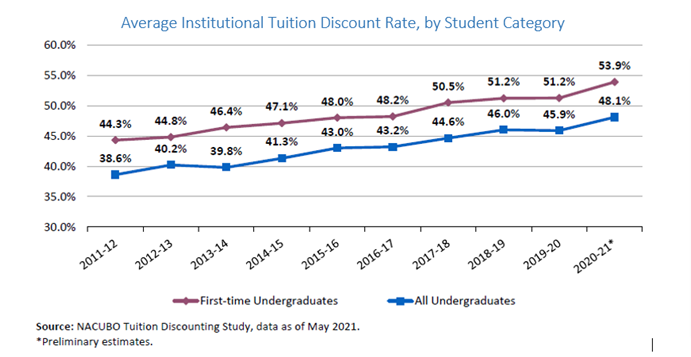 Although private universities are costlier than public universities, they frequently offer substantial tuition discounts, grants, and scholarships. They can do so because of the large endowments they receive.

As per the National Association of College and University Business Officers, private institutions offered a record average of 48% tuition discounts to undergraduates between 2020 and 2021.

Furthermore, both public and private colleges offer federal financial aid, but only US citizens are eligible for it.

Even if you don’t qualify for scholarships, grants, or other forms of financial aid, you can always rely on loans to fund your education abroad. FundRight, India’s first student loan bidding platform can help you secure the funds you need within 2 days of application!

Public vs. Private Universities in the US: Which One is Right for You?

The differences mentioned above should help you decide whether you should go for public or private universities in the US. However, there are several other factors that you need to look into before making the final call. Here are a few of them:

Depending on the university and the program, a single class may have hundreds of students. That means there isn’t much scope for one-on-one interactions between students and professors.

Private universities have smaller classes, which provide a more intimate learning environment. If you prefer having direct access to your professors, you may want to choose a private university over a public one.

If you are an independent learner, you are likely to fare well at public universities. Most public university professors hold office hours and are often willing to offer extra help outside of class. But you will be responsible for seeking assistance and reaching out.

On the other hand, private universities are more suited for students who would like extra support and supervision. The small class size allows students to develop close relationships with their professors and academic advisors. As a result, students get more direct assistance and guidance. 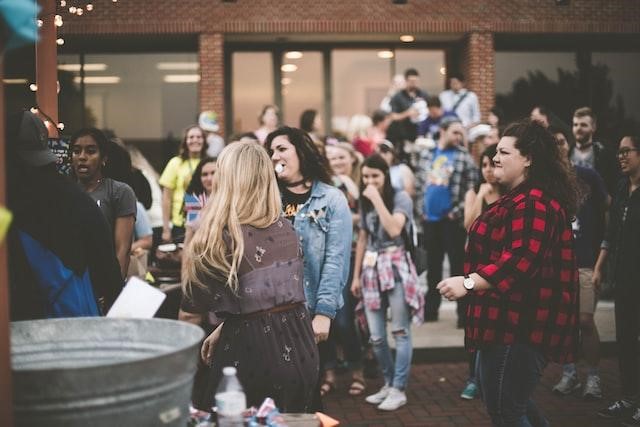 Life on campus may vary greatly depending on what you choose when it comes to public vs. private universities in the US.

Although there is no definitive verdict on the debate of public vs. private universities in the US, you should have an idea of which one will suit you more by now. The ultimate decision boils down to your personal preferences.

Please note that the differences mentioned in this guide are generalized and apply to the majority of public and private universities. You may find exceptions to the rule in some cases.

If you are still confused about which one you should pick, make sure to try the SelectRight app.